The noodle shop freestyle, part of a variety show episode that aired in 2017, quickly drew attention for its confounding, literal lyrics: “Look at the noodle, it’s long and thick — just like the bowl, which is big and round.” A deluge of snarky memes poking fun at Wu soon followed. This year, however, Wu opted to get in on the joke himself. “I never believed the bowl could make you happy, but that was my intention, so maybe it’s God’s will,” read the superimposed lyrics in the recent video, which features a disembodied mouth singing to cute, anthropomorphized ingredients standing in a bowl of noodles. Near the end of the video, even Wu — depicted as a legendary Chinese swordsman — finds himself inside the bowl among the beatific veggies, his hands in the air like he just don’t care.

There was an error retrieving images from Instagram. An attempt will be remade in a few minutes. 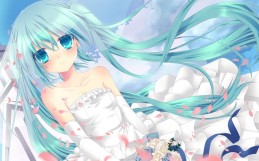